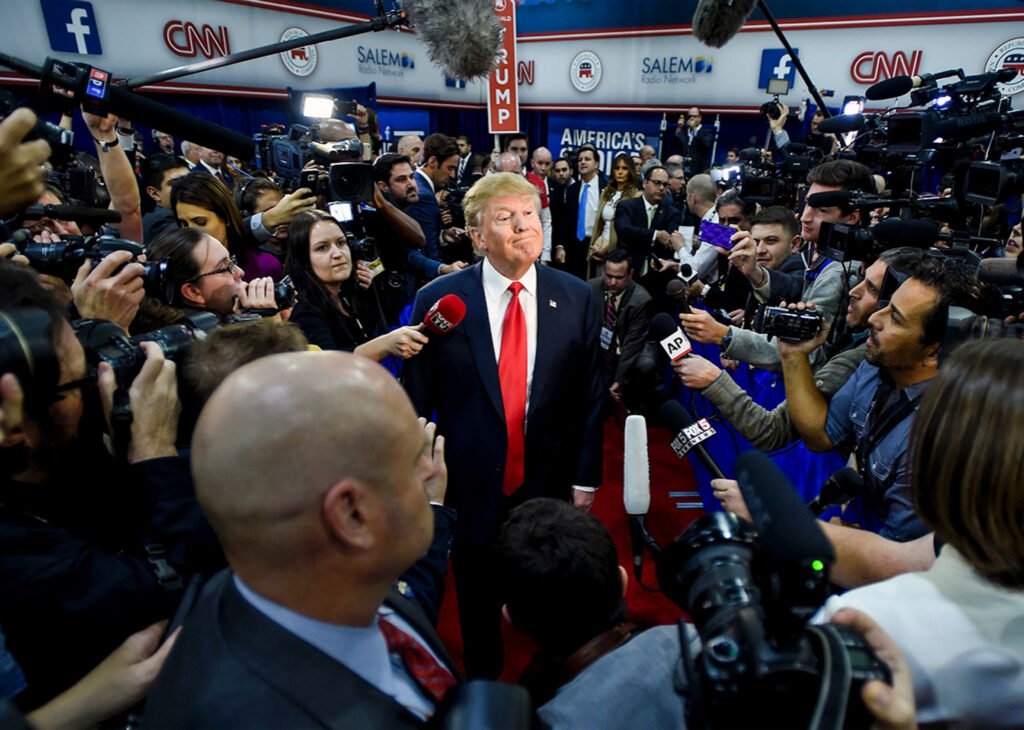 I have a friend of thirty years, Jesse, who is an extremely talented musician. Way back in the eighties and nineties, his world-class rock ‘n’ soul band drew hundreds of fans to packed Sunset Strip shows.

Ultimately, Jesse never received that one lucky big-break. Or he lacked the songwriting skills, and cutthroat hunger of those who achieved fame and fortune. By the time he hit retirement age, all Jesse had was an ancient Dodge van, a dozen sweet guitars, a closet full of slick threads, and an inadequate monthly Social Security check.

My friend is a fun-loving, talented, opinionated guy that always had my back. Because he treated me like a brother, I invited him to store his guitars in an extra bedroom at my house. And also move in to keep an eye on them. That was fall, 2015. The loud, obnoxious, opinionated Donald J. Trump was just entering the political scene.

At first, I believed it was all a publicity stunt, designed to boost the ratings for the upcoming season of The Apprentice. I was a lifelong Democrat who hated Republicans and had only begun questioning my blind party loyalty a few election cycles prior.

My transformation to a free-thinking-human had begun shortly after the 2006 midterm elections. I voted straight party-line D because they promised to get us out of Iraq, as well as roll back the ever-expanding surveillance state implemented by the criminal Bush cabal.

Instead of reversing the Bush-era spy versus little guy policies towards transparency, liberty, and freedom, the Democrat-led Congress went right along with a further expansion of things they expressly opposed during campaign season.

The press did not call them on it!

Instead, the press covered for them. This was my red pill moment. Previously, I had accepted that the press had made an honest mistake leading up to the disastrous Iraq War, when they parroted the profiteers’ fear-mongering hype.

Eyes wide open, for the first time I saw the press as cheerleading water carries for the war racket, banksters, and the Hydra of ancillary industries that fund the corrupt political class.My clear eyes showed me that the United States’ two major political parties are just one party engaging in theatrics. It’s a WWE heroes and villains show, with the press as ringmaster.

It’s through this lens that I see why our “wise and compassionate” leaders’ solutions often create multiple more problems than they fix. Solving problems would affect fundraising and diminish their power. We wouldn’t need them anymore. I firmly believe the lion’s share of our “elites” to be virtue-signaling hypocrites who don’t give a rat’s rear about the “little people.” They are corrupt immoral sub-humans fattening up off the government teat, all the while seeking ever more of their callous and judgmental control over every fuckin aspect of my life.

I chose to rage against the machine. And after correctly identifying the machine, I found it easier to trust independent sources that are not controlled by six corporations that own ninety percent of all American media.

My sense was that corporations did not seize control of American’s information so they, the corporation, could shine a bright light on corruption and graft.

And yes, I do consider Fox News one of the elite’s gatekeepers. Sure, amongst the alternatively-biased, non-corporate media’s reporting and opinion, there are bucket loads of horse shit and bizarre conspiracies being tossed around.

But the ones I trust have a much better track record of getting news stories factually correct than legacy media outlets. Plus, the independents are more prone to admit mistakes and apologize if they make material errors. I’m mega skeptical, needing to see stuff with my own two eyes by reading primary source documents or hearing words come right out of someone’s mouth. I have developed quite an effective bias filter over the years. Especially in comparison to what the corporate shills have reported.

Truth is, everything has a bias. The trick is to identify the bias and consume information through that filter. Remember, our overlords had decided that 2016 was to be a nepotism Battle Royale between Jeb and Hillary. They reported that impending clusterfuck of a choice as if there was nothing wrong with the United States becoming a hereditary monarchy.

At the time DJT announced his run, my only firm electoral decision was to vote for whoever wasn’t a Bush or Clinton. After a few months, as the list of sinister forces opposing Trump grew, I began to fucking love his no-holds-barred unapologetic speak one’s mind style. Still, I figured he was probably just another billionaire bullshit artist with a smoken hot wife, playing a role. And that ultimately, he would end up serving the interests of his fellow kleptocrats.

But over the years, he continued to deliver on campaign promises and strived to implement policies that benefit everyday Americans – the whole rainbow of us. All this while fending off dirty compromised vipers – D and R’s alike – striking him from all sides with a relentless flow of disinformation spewed forth by propagandists that would make the Soviets proud.

I was a firsthand witness to propaganda working it insidious charms on my friends’ media-absorbing mind. Jesse, a third-generation bilingual, Mexican American, had often used derogatory slang when speaking despairingly of illegal aliens.

But by early 2016, Jesse began telling me how my support of Trump made me racist. I’d say, “Trump ain’t racist.” Then I’d get to hear the demonstrable fiction about Trump saying that “All Mexicans are rapists.” Or some variant of that. Or Charlottesville. Or insert any hair-on-fire-this-is-the-big-one scandal du jour that’s going to knock out Trump.

No matter how I tried, I was never able to get Jesse to doubt his righteousness. For even a moment! I often asked him, “What if I could show you the video of Trump’s actual speech, in context?” Or official documents and statistics. Or sound bites from the same Trump demonizing political opponent, holding the same position they are claiming as unlawful, unjust, or illegal. Jesse’s standard response, “Fuck Trump,” or “He’s a liar,” Or some variation of “They’re gonna take him out.”

When Trump first won the election, I had figured everything would soon settle down between us. Jesse would see how absolutely wrong all the pundits, pollsters, and talking heads got it, and that would open his eyes to how little the “experts” knew.

Boy was I wrong. As the mockingbird media ramped up their misinformation campaign, seeking to delegitimize the votes of sixty million American citizens, Jesse got even angrier. I’d try to alleviate Jesse’s media-promoted fear and loathing by pointing out that soon there would be another election. And if Trump sucked, or was as corrupt as those before him, and a better alternative presented themselves, I’d be open to voting for them.

Willful ignorance is a choice of the incurious mind, which wouldn’t be a problem if millions were not being led by compromised rats clinging to power. And as a group, the rats have proven themselves to be quite willing to set this great nation afire if their power is taken away.

Jesse claims to be against the vitriol, violence and hatred heaped upon supporters of the president. But he believes that when bad things happen to Trump supporters, they deserve everything that they get. When I beg him to try to focus on what unites us and reject being divided, that hate and violence should always be denounced, I get a variation of, “Big mouths deserve what they get.”

Blind hate born of the bombardment of fictions means that the Trump Derangement Syndrome has a firm hold on Jesse. But I still occasionally bust his chops. Hoping humor and non-personal attacks on his intellect might provide me a tactical advantage on the battlefield of ideas.

I once told him, “It seems awfully unfair! After eight years of celebrating our nation’s first blackish president, couldn’t we at least have a moment to rejoice in our first orange president?”

Crickets from Jesse. My once jocular equal opportunity destroyer friend was turned into a joyless hateful talking point reciting drone. Sadly, he believes the same thing about me. Nowadays a lot of our back and forth ends with him saying, “I used to think you were so smart, but you’re a fuckin idiot when it comes to Trump.” I laugh a little and say, “Maybe? But my guy won.”

I have yet to convince Jesse to accept that half this country’s population holds different ideas from the other half’s on how to best run a government. This is exactly how it has always been. We agree to disagree. And every four or eight years we choose another clown to run our circus.

A peaceful transition of power is healthy and necessary. And over time, the best ideas remain. While the lousy ones get swept into the dustbin of history as a cautionary tale. The all-hate and no-debate divisive propaganda spewing forth from every medium is lunacy and will lead to our demise.

Only those who allow themselves to see can see, and I have tried the, “Open your eyes and wake the fuck up!” shouting approach. In hopes of getting it through Jesse’s thick skull that making America great again is about restoring pride in American exceptionalism. Every historical, cultural and wealth standard proves we are an exceptional people and culture.

MAGA is not about some ism, or any form of hate. MAGA is this era’s version of the patriot’s clarion call, “Power to the people!”

Occasionally I mention to him, “Our side is ridiculously well-armed, with firm possession of ninety percent of this nation’s landmass. If we were trying to start shit, it would be well over by now.” But we are like Martin Luther Gandhi, knowing that no good will ever come from violence against our brothers and sisters. It boggles my mind that people can know so much about we the Trump supporters, but never actually listen to our true intentions and beliefs. They trust the self-serving corrupt chattering class of ex-spooks, failed political operatives, pundits and empty-headed attractive news readers to define us as bad people that must be put down by any means necessary.

The old saying, “If elections changed anything, they’d be outlawed,” has proven true. Those who fear losing power have been making a concerted effort to outlaw the 2016 results since election night.

If you truly love America, and deep down in your freedom-loving heart are convinced that our American Constitutional System is the greatest force for good, prosperity and individual liberty ever conceived, then I and scores of millions of the president’s supporters love you without any other preconditions. We are family, united, let’s hash this out at the ballot box. Pretty please!