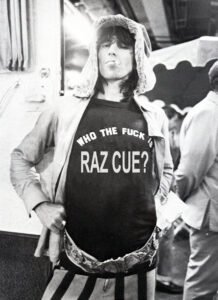 Sick and tired of being preached to about acceptable morals and virtue from narcissistic, privileged dimwited "elite" who celebrate, amplify and cheer our country’s moral and spiritual decay.